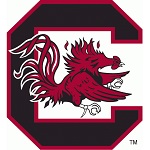 James hit .500 over two games this weekend, with a double and an RBI. He also scored five runs while walking three times and stole two bases. He contributed a sac-fly and a handful of great plays in the outfield.

Player of the Week

JJ Mlodzinski threw a complete game in game two of the series sweep against Tennessee. He struck out seven batters while allowing only two hits on zero earned runs. He tallied 93 total pitches, with 25 of them coming in the seventh inning, meaning he worked through six innings on 68 pitches, and had 23 first-pitch strikes out of 31 batters faced. He also pitched with no undershirt while the temperature at first pitch was 29 degrees.